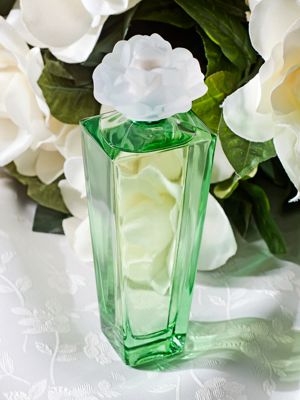 Elizabeth Taylor‘s fragrances are a common staple of the TJ Maxxes and Marshalls of the world; in other words, their target audience isn’t the fancy dandy who pays an exorbitant amount of money for a pretentious cocktail at a speakeasy, or the trophy wife whose job involves checking out the latest Hermès scarves (no harm intended if you’re one such person, heaven knows I daydream all the time about being able to have champagne daily while having a personal assistant attend to me as I casually shop at Chanel – fine, I’m kidding, I’ve never harbored such illusions of grandeur, despite spending far too much on fragrance, which my mum deems “impractical” – or wait, do I?), but bargain hunters like myself, who excitedly pop into every discounter they see in the hopes of discovering that cheapie that will turn out to be a treasure. Case in point – over the past week I must have been into at least 10 of such establishments, some more than twice, in the hopes of scoring that elusive deal.

Having gotten that convoluted, directionless, and rambling monologue out of the way, my point is that Gardenia by Elizabeth Taylor is a prime candidate of those relatively unknown and cheap fragrances that you find at the discounters that should really cost more than what you pay for. White Diamonds is one such example: despite its somewhat dated 80s smell, I adore it and would happily shell out a few more tens to wear it; it is also the signature scent of a friend of mine who is younger, and who smells gloriously amazing in it each time she walks past wafting a trail of White Diamonds. But once again, I digress, because the focus of this post was to talk about Gardenia. Or perhaps all of this digression is meant to be a parallel reflection of the numerous times that I’ve been distracted by the discounters when I’m out and about… but that’s being far too meta and absurd, even for myself, so I shall cease and desist with my ridiculous blogging shenanigans from here on.

I found Gardenia for the grand sum of $14.99 at TJ Maxx, and promptly swept it up despite not having a single clue about what it smelt like, thus committing the cardinal sin in perfumery that is known also as blind buying. Sure, the price was a huge factor, but I had also been on the hunt for a good gardenia soliflore, plus I’d had a happy experience with White Diamonds, so I figured I’d take the plunge and go for it. So, what did Gardenia smell like?

Gardenia opens with a cool, mentholated, minty lily of the valley with just a hint of creamy flesh peeking out from underneath the floral dress to suggest sensuality. Giving it the name “gardenia” is rather a bit of a misnomer, seeing as how gardenia never actually makes any appearance at all. But the holographic impression of lily of the valley that is created is nevertheless quite remarkable, given the price. The lashings of jasmine and tuberose that accompany the lily of the valley give the fragrance some curves, although the composition never once feels overly bodacious.

But the part I really like comes a little later on, when the white florals fade somewhat, and in their place emerges the strange smell of flowers that have been left to dry for some time in the sun – dry, dusty and somewhat musty, but in a good way. Around an hour later, all that is left is a soft, sweetish musk, which isn’t exactly my favorite part, but I’m not complaining, because, you know, $14.99.

Gardenia would make a perfect room spray and a good fragrance. It puts a lot of the modern niche bull**** that’s available on the markets today to shame. If you have the opportunity, do pop by your local discounters and give this one a chance.

What are your favorite discounter store cheapies? And since it’s the New Year, what are your perfume resolutions, if any?