Fans of the hit BBC series Sherlock will immediately get the reference to the return of Moriarty (Sherlock’s arch-nemesis) at the end of the final episode of Season 3. I do suppose I should be allowed to provide this ‘spoiler’, seeing as how the episode came out at the very beginning of the year in January, so fans of the show would already have known about it. In any case, it feels good to be back. A number of reasons have made it difficult for me to blog about perfume for some time now:

Life as an economics graduate student 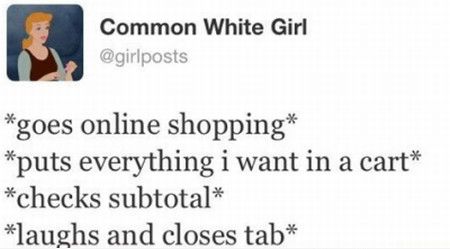 This describes how I shop online frequently – at present I’ve got over $200 worth of fragrances in my Fragrancenet cart, which I haven’t checked out… yet.

All that said and done, I’d like to apologize to those of you who’ve hung around on the blog for the lack of updates, and to thank you at the same time for sticking with me. Although it’s been a rough patch, I’m definitely in this for the long haul 🙂 So, on to perfume reviewing!

Smelling Tubéreuse 1 Capricieuse (T1C for short) for the first time, one could be forgiven for thinking that it should have been called Suede Crusade instead. Honestly, it smells further from tuberose than any other tuberose fragrance that I have, and it is in fact a lot less tuberose-y than its counter parts Tubéreuse 2 Virginale (a fruity tuberose in a similar vein as Juicy Couture) and Tubéreuse 3 Animale (a dark, dense and smouldering tuberose shot through with immortelle). Rather, what we get is a rather strong blast of suede right from the outset that is paired with dry, dusty saffron, and strangely the sum of this unlikely combination is that of linoleum. I have no idea how I got there, but T1C really does smell remarkably like the linoleum I used to work with in art classes when I was younger. Linoleum is one of those materials that is highly reminiscent of rubber, though it is more pliable and can be cut fairly easily with a regular pen knife. Here’s an example of a linoleum cutting:

Another image that flashed in my mind as I smelt T1C was that of camels wearing leather saddles bearing saffron across the desert. Once again, I have no idea how that came about – it just did!

So it really is quite a bit of a misnomer for T1C to bear the name it does. But I’m not too bothered by the name (although I sometimes hold double standards when I rant about the lack of coherence between Le Labo fragrances and their names), because T1C really is quite gripping. Case in point: an iris note soon evolves, itself grey, austere and dry, and it is this very iris note that sings in perfect harmony with the suede and saffron. For me, T1C is an excellent study in blending ingredients that tread the very thin tightrope between dryness and creaminess – it never veers into territory that is coarse, boorish or ‘outdoorsy’, which I often find to be the case when a fragrance employs birch tar (not that being coarse, boorish, or ‘outdoorsy’ is a bad thing in any way, it’s just a different mood for a different time), and yet at the same time it doesn’t veer into suntan territory or ‘loud white floral of the 80s’ territory either. My guess is that the tuberose plays the supporting role in suffusing the composition with a butteriness that prevents the composition from turning bone dry.

Over time, the suede becomes less prominent, and T1C becomes a dusting of powder and soft musks that evoke for me the shifting sand dunes in an empty desert, long after the camels have walked away.

For some reason, I’m not sure that T1C will find itself many fans, seeing as it doesn’t play to conventional stereotypes, but I personally find it compelling and intriguing, and I do prefer it to its sister Equistrius, by Parfum d’Empire, whom it shares a few similarities with. A captivating beauty indeed.

Since I haven’t been around in a while, please do comment do let me know how you’ve been and what fragrant business you’ve been up to! In particular, what was your last online purchase? Did you buy from eBay or some other online perfume retailer?