Etat Libre d’Orange came on the fragrance scene (and made quite a scene in the process) in 2006, trumpeting: “Le parfum est mort, vive le parfum!” (“Perfume is dead, long live perfume!”). They quickly made a name for themselves with their provocatively-named fragrances and their accompanying images designed to stir controversy and arouse senses other than the nose. To top it all off, their fragrances came with ad-copy that, well, bordered on badly-written erotica (is there even well-written erotica?) that I personally find laughingly ridiculous.

The house is perhaps most famous for Sécrétions Magnifiques, whose advertising image features an erupting penis, and whose stench (sorry, the word ‘scent’ doesn’t quite cut it here) evokes revulsion in perfume lovers all across the globe. Yet for the most part, most of their fragrances tend to smell much tamer than their names would suggest. In fact, of the line, some, such as Like This and Rien, are quite remarkable, with the former winning The Specialist’s Prize at the 2011 FiFi Awards. Oh, and have I mentioned how much I enjoy them? 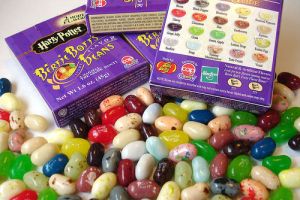 I’ve always wondered why Etat Libre d’Orange see the need to market their fragrances in such a manner. Perhaps being provocative helps to draw attention to the brand, which in turn boosts sales, but at the same time there is the possibility that some, in particular the average consumer, are put off by the controversial images and forego the scent altogether for fear of running into a stinker. As for the perfumes themselves, they are the equivalent of the Bertie Bott’s Every Flavour Beans (featuring vomit-flavoured jelly beans!) that made their hilarious appearance in the Harry Potter series. Despite inspiring a love-or-hate reaction in the sniffer, their extensive buffet spread of 27 perfumes (as of 26 October 2013) ensures that there’s at least something for everyone. Conspiracy theorists hypothesise that by creating Sécrétions Magnifiques, anyone who has smelt it will involuntarily find the next perfume they smell far more pleasant by miles, thus leading them to purchase something else from the range instead. Well, that’s speculation. Whatever the line’s intentions are, they are probably here to stay. On my part, I’ve decided to start this series on Etat Libre d’Orange where I will be wearing, in alphabetical order, each of the fragrances listed on their website and appraising each one of them on their own merits, independent of their provocative names, images and ad copy (well, to the best of my ability – although I won’t be blind-sniffing them, I’ll try not to be influenced by their marketing).

The Task
For each fragrance, I’ll include their accompanying images and ad copies. I will then write a short review based on how they smell. Finally, I will attempt to rewrite their ad copy in order to better reflect what the fragrance really smells like. Sounds like fun? Well I’m excited and can’t wait to get down to it, although I do shudder at the thought of actually having to wear Sécrétions Magnifiques. Well, what can I say? At least that one’s going to come nearer to the end of the series, so I’ve got some respite till then. For now, do keep a lookout for the review of Antihéroes, the first fragrance in the series, that is due out in a few days’ time.

The Fragrances
For your convenience, I have listed all the fragrances here in the order that I will be reviewing them, and will be updating this page with links to them once I’ve written each review, so bookmark this page, or follow me on Facebook or Twitter (@SmellyVagabond) if you’d like to stay updated when I post!

Your Thoughts
What are your thoughts on Etat Libre d’Orange? Do you admire or abhor them as a fragrance house? Which of the fragrances do you like or dislike, and why?