END_OF_DOCUMENT_TOKEN_TO_BE_REPLACED

I’ve been too tired/busy to post in the past few months. It’s different being a working adult as compared to a student! But that doesn’t mean I have fallen out of love with my perfumes, which I wear almost daily. I’ve recently built a cabinet to house some of my fragrances, because my collection was getting somewhat out of hand and was spilling out of whatever drawers I have in my room.

Anyway, as a treat for being so patient with me, here’s a photo of my Guerlain family. If you can identify at least 15 of the bottles in the picture, I’ll send you a 10ml decant of Mahora, which is a sunny coconut white floral bombshell. This is open internationally, but I won’t be responsible if the postal authorities do horrible stuff to the parcel. Draw closes on 9 August, so get guessing! 🙂

If Paco Rabanne had the budget to hire Sean O’Pry to snap his fingers while smoldering and smiling cheekily at the camera in this obvious attempt to rejuvenate their cash cow, why didn’t they put more money and effort into the fragrance itself? And also, have they decided that the rugged, hyper-masculine and tattoed male of Invictus is out of fashion, while the coutured metrosexual man is back in fashion?

Paco Rabanne 1 Million has been around since 2008 and is one of those generic “let me slap you in your face with my douchebaggery” kind of fragrances that exudes nothing but tastelessness. You’ll be able to smell it from a mile away, and if you do, RUN, or you will be rendered catatonic by the stuff that some people put in their car freshener.

Olene is a jasmine bomb, with a sillage so nuclear that it would melt the olfactory glands of jasmine-phobes within 10 metres of its wearer. It doesn’t apologise for straight up punching you in the face with indolic fervour, nor does it care that you’re probably being smothered by a million tiny white flowers waving their petals like protesters would at a riotous revolution. As Tania Sanchez described, it is “death by Jasmine”.

END_OF_DOCUMENT_TOKEN_TO_BE_REPLACED

I’ve been sorely lacking in inspiration to write in the past few months, which I suppose comes along with having to write an economics dissertation and a sociology essay about the art critic, the latter of which I’m trying to bring in something perfume-related: What is the role of the critic in the production of art? How did the critic come about in the first place? What is the interaction between the critic and the artist? How have technological advances changed the nature and content of criticism? The essay is coming along fairly nicely, albeit nowhere near complete, but when I do finish it I’ll probably rewrite it for a perfume audience (at the moment, it’s just about art critics in general), and maybe even get it published somewhere 😉

I’ve just returned to New Haven from a weekend trip to New York, where I got to meet perfumer Hiram Green at Twisted Lily as well as attend a macaroni and cheese takedown competition! More on them at a later time…

In the meantime, though, how about some Q&A? Since I’m lacking in inspiration, why not you help me out by asking me some questions, and I’ll answer them as best as I can? It doesn’t necessarily have to be perfume-related. I’m hoping it will be fun, and I’ll update this post as we go along so that the questions get featured in the post. Time to get creative with the questions!

END_OF_DOCUMENT_TOKEN_TO_BE_REPLACED

I’ll be attending an event hosted by the delightful Twisted Lily on Saturday, April 11th, 12-4pm, where we’ll get to meet perfumer Hiram Green of Moon Bloom fame. It would be fab if you could join me in attending this event! Details about how to register can be found here. I hope to see you there for an afternoon of lovely sniffing and chatting!

NB: On an unfortunately sad note, I can confirm based on the information given to me by someone who works for Penhaligon’s that Violetta has been discontinued. 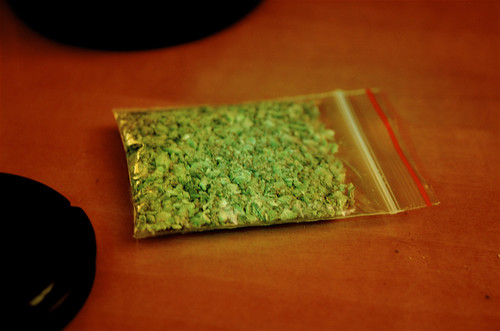 One of my neighbours in my Yale dormitory is a severe pothead – pretty much every other day, the odour of burning weed fills the corridor where I live, its tendrils creeping along the walls rather insidiously. Whenever I step out of my room, I am hit by its smell like a sledgehammer on the head. Allow me this little gripe. I am by no means a moralizing prude, and don’t care what people do to their bodies so long as they do it just to themselves. But as luck would have it, I somehow get a migraine from the smell of weed, and so it really bothers me that said neighbour constantly smokes weed.

END_OF_DOCUMENT_TOKEN_TO_BE_REPLACED

We’re experiencing heavy snowfall over in New Haven again. Just last week, university classes were cancelled and a travel ban was issued because of Blizzard Juno (I love how they give names to natural disasters – an attempt to anthromorphise nature?). I can’t think of anything better to wear than what is arguably one of my cheapest thrills of all – Heliotrope Blanc. It’s easily available on eBay and Amazon for under $20. As a matter of fact, mine cost me just $14.05, which is a real steal considering how much I love heliotrope and anything almond related.

Heliotrope Blanc is fairly linear, beginning and ending with powdery and soft heliotrope that’s as white as snow. Although the similarities with almond cannot be mistaken, Heliotrope Blanc never falls into what I like to call “almond flavoring essence” that is sometimes used in desserts, being neither sweet nor desserty-y. Instead, think baby powder and being swaddled up like a wee baby in clean white cloth.

Yale in the snow

You can read more about it on I Smell Therefore I Am.

Heliotrope fans, do check it out.

Till next time,
~ The Smelly Vagabond

Midnight Fleur by Nest
Fruity patchouli
Angel clone, only much worse
Scratches at your skin